Our series, Shinobi Ninja Princess, is in comic book stores and for digital download on Comixology. Check out our individual issues or VOLUME ONE and VOLUME TWO today!!

Shianndrea Toshigawa is just your average, ordinary ninja-in-training. On the run from the Azumi ninja clan, Shianndrea trains with the legendary Toshigawa clan to embrace the mysterious power within her, all the while, navigating the life of a teenage girl. Shinobi: Ninja Princess is 192 pages of martial arts action and all ages fun. Collects Shinobi: Ninja Princess #1-6!

IT’S STEEL VERSES LIGHTNING IN THE SECOND CHAPTER OF THE NINJA PRINCESS SAGA! After the capture and narrow escape of fourteen year old ninja-in-training, Shainndrea, the Toshigawa Ninja Clan has been forced to move to a new secret base further on the outskirts of Osaka. The evil Red Dragon has taken leadership of the rival Azumi Ninja Clan and is determined to fulfill the contract to capture Shianndrea at any and all costs. Now, with her new commanders in place, the stage is set for the Red Dragon to reveal her most powerful Oni yet, Yawata, the embodiment of war with the powers of lightning. However, Yawata has his own agenda and capture is the furthest from his mind.
Author(s): (W) Martheus Wade (A) Martheus Wade & Various (CA) Janet Wade
Released:April 2015
Diamond Order Code: DEC141007
Rating: E 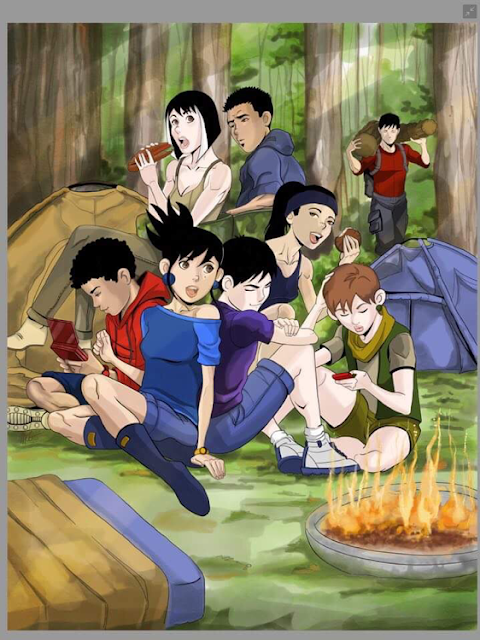 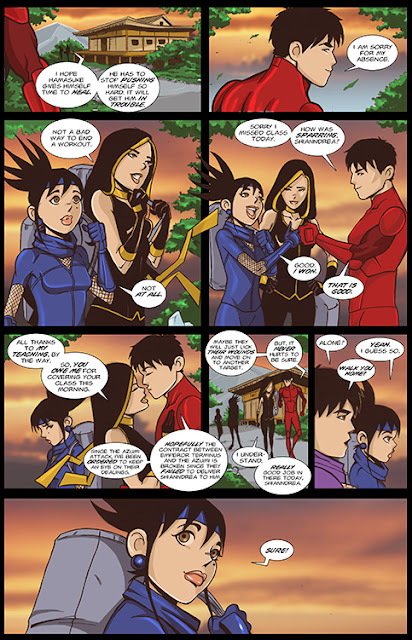 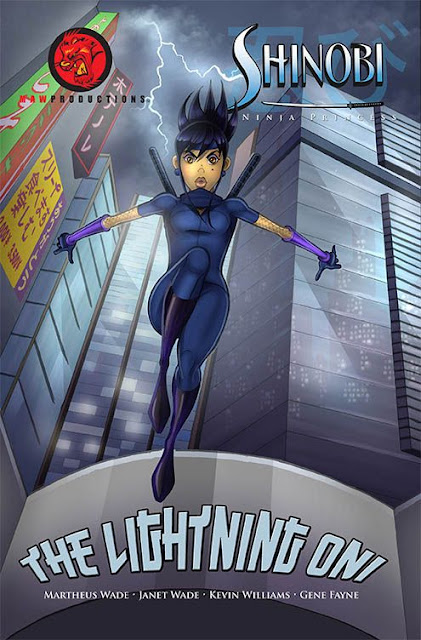 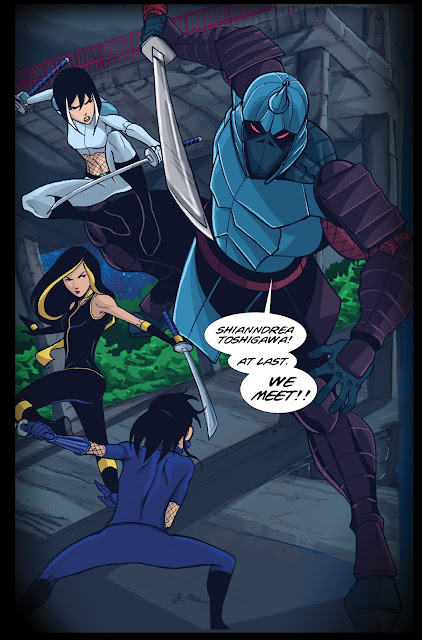 Posted by MAW Productions at 2:27 PM