This weeks tutorial deals with the creation of one of my newest prints called Girl Power. You may have seen the final piece on my Deviant Art page or the Facebook page. But I wanted to place the steps here for review. As always, my steps in the creation of this piece are not to be taken verbatim.  Use them to create your own way of working. Here we go! 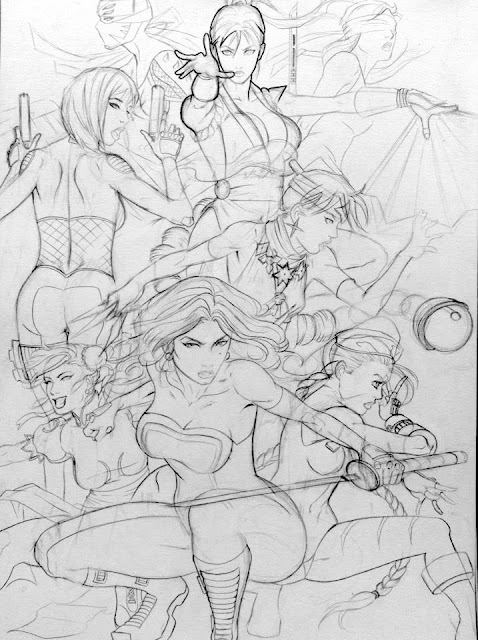 I did something on this illustration that I find myself doing a lot sometimes. I started sketching and illustrated over the sketch on the same page. Part of the fun of illustrating is the exploration of an idea. I didn't want to think to much about the artwork while I did it and went for just enjoying the act of drawing. So, there is no thumb nail stage to show.

I also switched characters out as I went to see who would fit the layout best. It is a longer process, but very fun for me to work on. I also skipped tight pencils as well. Here, you can see that I started inking Mai before the illustration was fully realized. Looks like I did A LOT of on the fly stuff! 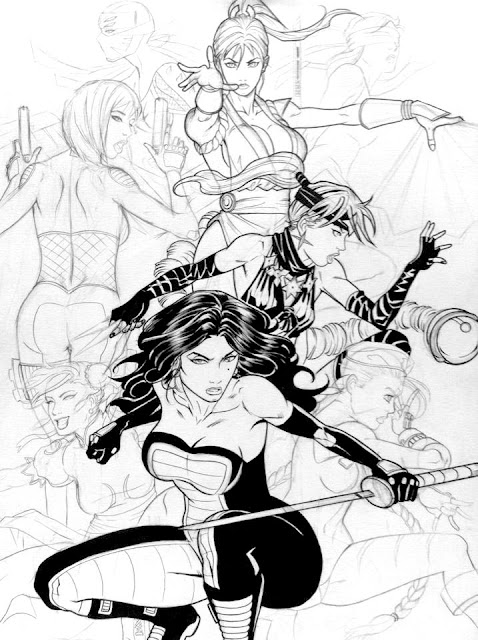 In the inking stage, I wanted Mai to be the center of the team dynamic. So, I concentrated on her giving her form a thicker line. I've always wanted to draw her, but never had the excuse. By putting her in the middle, she could be a possible focal point of the illustration. As well, a good deal of my "hot" color characters (reds, oranges, yellows, etc.) where all up top. Plus, I could use Ninjettes hair to hide some of Mai's "ample" size. After I inked her, I spotted my blacks so I could better get a sense of darkness and light. I knew that Jetta and Ninjette would be close together. Since they both wear black, I had to make sure Jetta popped and Ninjette didn't just fade into the shadows. Halo's where put in place to separate the two women. 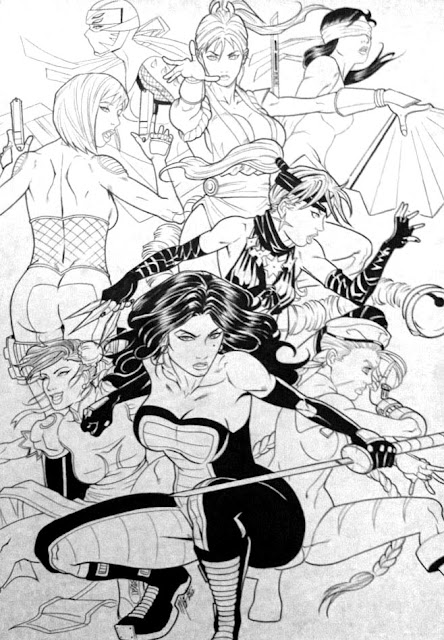 From there, I inked from foreground to background switching between 01, .08, .05, .01, and .005 Copic pens. Jetta's hair was inked with a micron brush pen. Large black areas were inked with Copic Marker 100 black. (Check our inking tutorial for a complete list of our tools used). 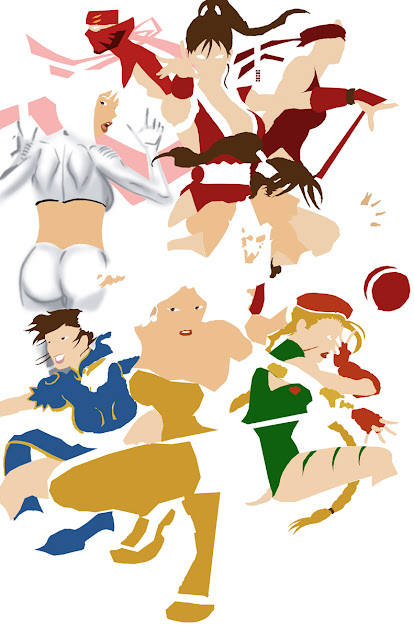 With so many different characters, this part was the most time consuming. I flattened all of the characters in photoshop using channels. (This is a method I got from HiFi Color for Comics Book.) By using channels, I am able to separate my line art from my flats. Here, I have turned off my line art so you can see what flatting is. Every color is separated out so that it can be easily selected and modeled later on. 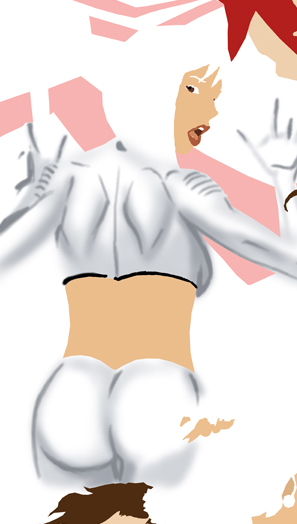 Here is a detail of Turra. When I started rendering, I started with her because her costume is mostly white. So, I modeled her out of the white of the page by adding a little bluish gray hue to the white. From there, I worked out to the rest of the illustration. The coloring step is where I really slowed down a bit to make sure that I worked in a way that would cause little to no backtracking. It takes a bit of planning to color this way. But, once you get the hang of it, flatting and rendering using channels can make your work cleaner and more concise. 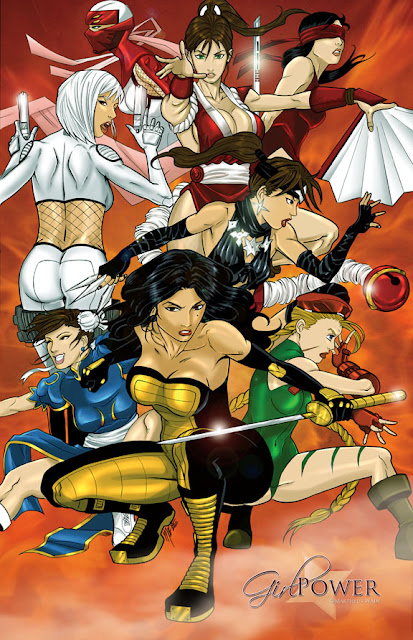 And here you have it. I used the background texture from another project, altered it with more smoke and debris and put a little gold in the color to make it harmonize with the over all color scheme. As well, I added a layer of gold over the top of the completed illustration and set the layer to overlay. By doing that, I created an orange ambient light that unifies the entire piece.

As you probably guessed, I abbreviated a good deal. All of this takes considerable time. But with practice, you will find ways to cut that time down as you get used to the steps that you create with your own process. This piece was all about just having fun for me and I hope the end result comes off like that.

Feel free to share your personal process on line with us in the comments bellow. As well, join the talks on our Facebook page and learn other ways to illustrate a pin up. Let us know what you think!! See you guys next week!

Posted by MAW Productions at 7:43 AM