We will be foregoing our regular tutorials in order to let you guys know about an important event that is directly related to what we do here on MAWPRO.COM.

You all know that we love to teach what we know to aspiring artists, writers, performers and illustrators. As indy comic book guys (and gal), we feel a need for the artistic community to embrace the new, the young, and the undiscovered talent in the comic book industry in order to further its growth and survival. What you may not know, is that Martheus Wade is the Art Track head for a huge convention called Anime Blue Con, June 15-17, 2012. It's a convention in Memphis TN that specializes in all things anime and beyond. From movies, to cartoons, to books, Anime Blues Con has it all. And, in the realm of artistic education, Anime Blues Con is just as effective. We have set up a great line up of tutorial classes and informational panels that are sure to give you a leg up when looking to further your skills or break into the industry. Check out what we've set up for you at Anime Blues Con 2012!

CG animator and cartoonist. He’s animated rodents, bugs and speeding hamster balls in the hit film G-Force, as well as the little blue men – and woman – in Smurfs. He has animated the cinematic sequences for such major game titles as Killzone 3, SOCOM 4, and the Uncharted series and has worked on the graphic novel Turra: Bombs and Betrayal. Alex will be unveiling a top secret project he has been working on dealing with the Portal game! Don't miss what he has to show!! 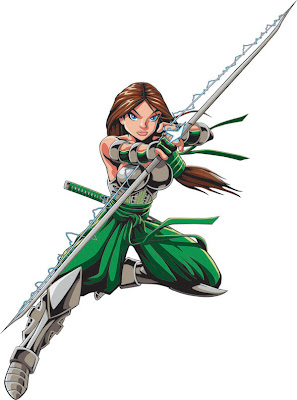 The founder & publisher of PKD Media; Shawn was inspired to dive head-in to the world of comic books & media entertainment by writing his first series, the buddy-cop comedy “Mercury & The Murd” in 2008. That led him to create/write several additional titles for PKD Media as time went along. Currently, Shawn is co-writing the sci-fi title “Exo-1 & The Rock Solid Steelbots” for the Action Lab Signature Series line, and writing the all-ages action title “Agents of C.O.L.T.: Satellite of Ice.”
As President of Action Lab Entertainment, Shawn tries to put the emphasis of putting fun back into the comic book and animation medium and in his spare time ponders if he’s related to the late-great comedian with whom he shares the same last name.
See more of Shawn's and Action Lab Entertainments work here
http://www.actionlabcomics.com/comics/ 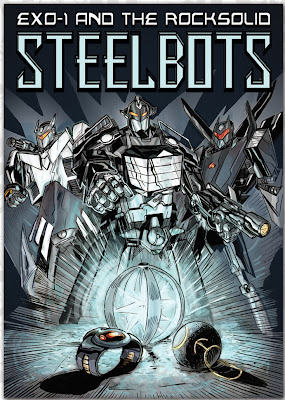 Sean Taylor writes short stories, novellas, novels, graphic novels, and comic books (yes, Virginia, there is a difference between comic books and graphic novels, just like there's a difference between a short story and a novel). In his writing life, he has directed the "lives" of zombies, super heroes, goddesses, dominatrices, Bad Girls, pulp heroes, and yes, even frogs, for such diverse bosses as IDW Publishing, Gene Simmons, and The Oxygen Network.
He's the former managing editor of Campfire (formerly Elfin) graphic novels, where he oversaw the publication of graphic novels based on classic literature, world literature and historical biographies, as well as original works.
In addition to all that, he's also been a staff writer, managing editor and editorial vice president for iHero Entertainment's Writer's Digest Grand Prize Zine Award-winning Cyber Age Adventures magazine ("The very first zine award, as a matter of fact," he adds with great pride). He served as book editor and writer for the two iHero trade paperback collections, A Private Little Corner of the Universe and Playing Solitaire. He's also the former editor-in-chief of Shooting Star Comics, where he edited the critically acclaimed Children of the Grave comic series and edited and contributed to the fan favorite Shooting Star Comics Anthology, and was the creator and author of the Fishnet Angel: Jane Dow comic book miniseries.
As if he weren't already overworked and exhausted, he's also written and edited for the role-playing game industry as well, having contributed to the DCU Role Playing Game published by West End Games (Gotham City Sourcebook, Titans Sourcebook, and the Green Lantern Sourcebook) and having edited the Cyber Age Adventures Role Playing Game.

Jetta, Muley, Turra... of course we're going to be there!


Created in 1994, MAW Productions has gained acknowledgement in their hit graphic novel series titled Jetta: Tales of the Toshigawa and take pride in creating exciting new worlds for lovers and readers of comic books and manga to enjoy. They are continuing to make strides in the motion picture and animation industry as well and is continuing to bring new ideas to readers with their newest graphic novel, Turra: Bombs and Betrayal.
http://www.toshigawa.com 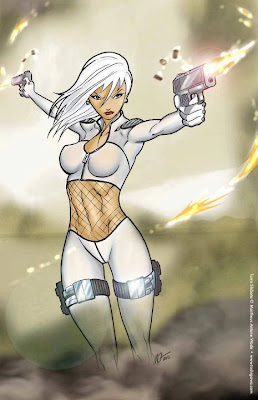 This is where the fun begins! Want to meet the featured artists as well as your favorite creators from Artist Alley? Come mingle and talk shop with the Artist of ABC 2012.


Illustrating for Comics and Manga 101

Are you an aspiring comic book illustrator? Find out the tips, tricks and tools to illustrate your way to Manga glory in this informative and fun panel. Hosted by awesome manga illustrator Meaghan Beninati


Writing for Comics and Manga 101

Manga isn’t all about the art. You have to have a story. Join Action Lab Entertainment President, Shawn Pryor and IDW writer, Sean Taylor as they break down the ins and outs of storytelling.

Are you a photoshop or Manga Studio whiz? Sharpen up those digital skills and learn the ins and outs of digital designing for Manga and Comics illustration. Hosted by Dave Beaty, DC Comics Illustrator.

Are you the animated type? Join Alex Zemke, animator for Sony Pictures Interactive, as he shows the tricks of the trade to animate for the motion picture industry. Don’t miss the chance to see how the magic is done.

Take your love of gaming to the next level. Alex Zemke, animator for Sony Pictures Interactive will show you how to go from playing your favorite games, to bringing them to life.


Breaking into the business of Comics and Manga

If you are a writer, artists or future publisher, this panel is for you. From Manga, to comic books, to animated and live action feature films, the influence of the comic medium on pop culture is astounding. Find out how to get your ideas from your mind and to the printed page. Join Dave Beaty, illustrator for DC Comics, Shawn Pryor, President of Action Lab Entertainment, and Sean Taylor, writer for IDW, for an in-depth conversation on the business of Manga and comic books.


The Muley the Mule and Friends Puppet Show

Take the Muppets, add a sprinkle of the Peanuts comic strip and mix it into a bowl and you have Muley the Muley and Friends! This show is a hilariously funny, all ages puppet show that you don’t want to miss. Meet Muley the Mule, Bufford the Dog, Roy Duck, Missy Mule and the rest of cast as they stumble their way into and out of trouble. And, just maybe, you’ll get a visit from Santa Fish as well!! Hosted by MAW Productions


Jetta: Tales of the Toshigawa - Graphic Novels, Music and Movies

Jetta: Tales of the Toshigawa has been a graphic novel fixture for 17 years as readers have followed Shianndrea Toshigawa, AKA Jetta, on her journey to become the Chosen One of the Toshigawa Ninja clan. Now, the books climatic end is fast approaching. With a live action movie in the works, the creative team that brought you this independent hit would like to celebrate this 17 year journey with Anime Blue Con! Come meet MAW Productions creators, Martheus Wade, Kevin Williams and Janet Wade with special guests Alex Zemke as they talk the past, present and future of this exciting story. This panel will be kicking things of with live music from Iyse Gibson and D’Voted as they perform tracks inspired by the Jetta: Tales of the Toshigawa - Defiance soundtrack! Don’t miss this celebration!
Hope to see all of you there!! It's going to be an AWESOME time!!
ANIME BLUES CON 2O12
JUNE 15-17, 2012
AT THE MEMPHIS HILTON
MEMPHIS, TN
Posted by MAW Productions at 7:22 AM