I'm always talking about progression in your artwork. It's time to show you guys what I mean. Here is some of my very first Jetta artwork right before we published for the first time. This is also during a time when I wasn't quite sure what she was or how I was going to tackle the book. There are some things that I kept and a good deal of stuff I tossed out.

Take a second and look at where I started. Compare that to where I am as an artist now. See what things are similar, what things are completely different and what elements I kept. Then pull out some of your own old work and compare. How are you progressing? 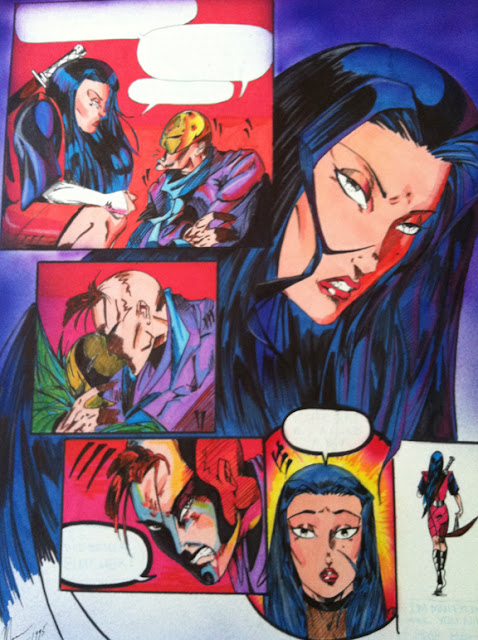 Here is the first color piece I did. This is before I found out the wonders of photoshop and got myself a Mac. The page is done in color pencil, color marker, and airbrush. My page layout is a lot wonky here. Jetta's appearance is pretty much the same. Except her structure is slimmer. Later, I found myself drawn (no pun intended) to thinker female figures. Besides, if she was going to kick a person through a brick wall, she would have to be built in order to do so. 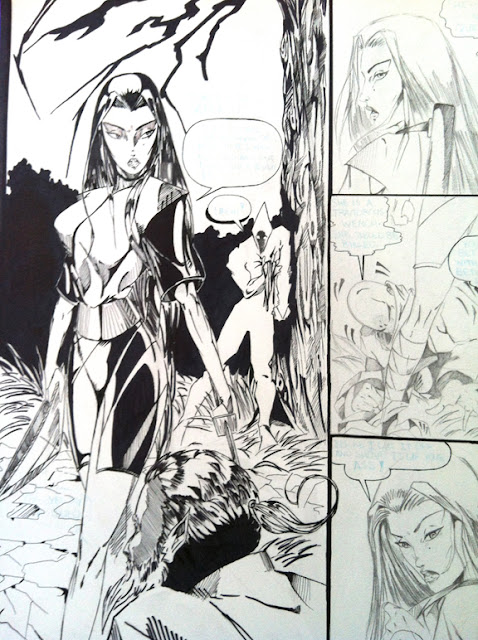 Here is black and white artwork from the same page sequence. As you can see, her costume is completely different. The inking is a bot rough. But, it's getting there. Also, at this point, I was doing hand lettering which I found extremely tough to master. Thank God for lettering in the computer. 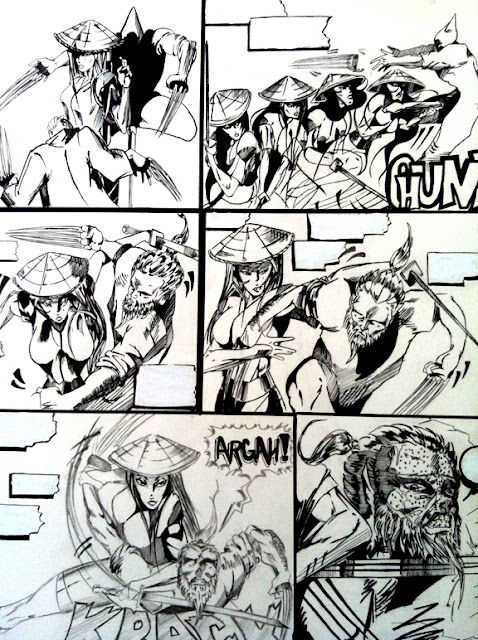 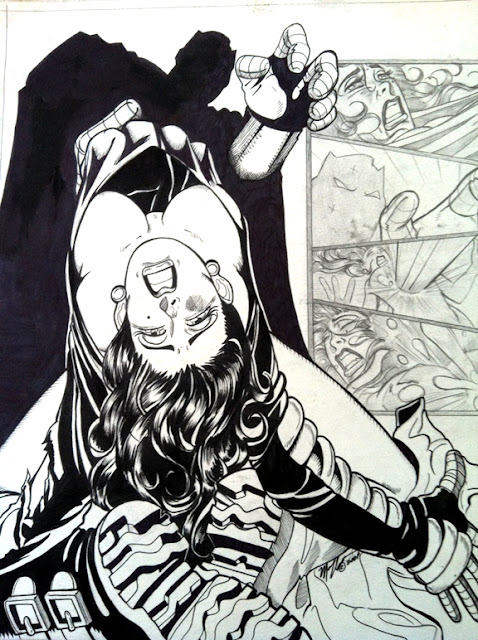 This is when I started to firm up on Jetta costume. Yes, cleavage became a part of the character as well. I purposefully wanted to make her a voluptuous woman. That was in direct contrast to how she was drawn before. I sometimes wish that I had reduced her breast size at the beginning. I think that it stopped many from taking the book seriously after all. Oh well. Live and learn.

Don't forget to discuss what you see here on our facebook chat page. Let us know what you think!! See you guys next week!
Posted by MAW Productions at 9:53 AM